Brazil nuts, coquitos or Brazilian nuts are the seeds of the chestnut or chestnut tree of Para, a tree native to the Amazon forests of Bolívia, Brazil and Peru. The majority of Brazil nuts that are marketed are obtained almost exclusively from the trees of natural plantations, not crops. A chestnut tree can produce Brazil nuts for 15 or up to 20 years.

How are brazil nuts grown and harvested 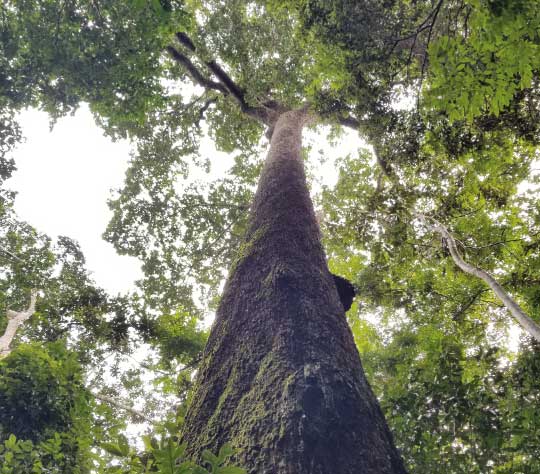 It belongs to the family of the Lecythidaceae, and it is an arbor closely related to the sapucaia (Lecythis pisonis Cambess.), A smaller-sized tree, from which its nuts are also consumed.

The tree grows naturally in the Amazon forests of Brazil, Bolivia and Peru. It has been introduced in other tropical climates, such as certain experimental plantations in the tropics of America, Africa and Malaysia. You can find specimens in some botanical gardens.

How do brazil nuts grow

In its natural habitat, the chestnut tree grows in deep alluvial soils, rich in organic matter, well drained and in high ground. It does not tolerate flooding.

Brazil’s chestnut trees are large trees, of which only experimental crops have been made. In their natural habitat, trees grow in clusters of about 50 to 100 specimens. The density can be between 9 and 26 trees per hectare. In the Center for Pesquisa Agropecuária do Trópico Umido, of the Brazilian Company of Pesquisa Agropecuária, a cultivation method for the economic exploitation of these trees is being developed.

The tree blooms during the dry season and its fruits, which take up to 15 months to ripen on the tree, fall at the beginning of the rainy season.The pollinators are bees of the genera Bombus, Centris, Epicharis, Eulaema and Xylocopa. These insects visit the flowers to feed on their nectar, while they are impregnated with the pollen of the plant.

When these insects visit other flowers, the pollen deposited in other flowers thus producing pollination.For fertilization to occur, pollination between flowers of different specimens of chestnut trees (not flowers of the same tree) is necessary, since it is an allogamous species.

The seeds take 15 months to ripen, on the tree, before falling. When they mature it is in January and February, during the rainy season. The harvest of this fruit is dangerous. The collectors wear the head protected with helmets because the weight of a nut, fallen from the height of the tree, can cause a lot of damage if it falls on the head. (A fruit of 0.5 – 1kg.

Fallen from 50m, because it is very tall trees) The fruits fallen to the ground are collected in baskets. Then they go to a plant where the capsule is separated from the seeds, which are prepared for export. Bolívia is the main exporter of this fruit, followed by Brazil and Peru. Peru’s production is in the southeast department of Madre de Dios.

Brazil nuts are, together with the rubber that is extracted from Hevea brasiliensis, the most important vegetable products that are extracted from the Amazon rainforest. Some specimens have been introduced in Malaysia, Sri Lanka, Java, Caribbean islands and Hawaii.

Mainly used for the harvest of its seeds, Brazil nuts. For centuries, chestnut or almond has been an important food for many Amazonian tribes. It is currently marketed as a dried fruit. They can be used for ice cream, pastries, sweets, desserts, etc. A vegetable drink known as chestnut milk (castanha leite) is made with the seeds.

Brazil nut oil can be obtained, which is rich in linolenic acid and has cosmetic properties to beautify the skin. From the extraction residue, a protein-rich flour is obtained which, combined with wheat flour, is used to make bread. It can also be used for animal feed.

The wood of the tree is brown-reddish in color and can be used to make furniture, but logging is prohibited (by law) in some countries.- The fruit capsule (pixidium) is used to burn, or for local crafts (boxes, ornaments, mortars, etc.)

Why is Arequipa a good place to grow garlic?

Globalization of the Brazil Walnut Market